In 1951, in the era of VDQS (the old "superior quality wine" designation) and high yields, l’Ermitage was a private estate. More inclined to pass his time with his sheep that produced milk for Roquefort cheese, the grandfather opted to join the cooperative system, and it was at his instigation that the cooperative winery of the village was created in that year. It was his son-in-law, also a member of the cooperative, who having inherited the land, decided to plant new grape varieties to achieve the quality that he also believed in.

Particular care is paid to the culture of the vines, which are grown using entirely biodynamic methods. No artificial yeasts are used, no acidification, just pumping over and natural cold settling. The estate prides itself on its mastery of the whole process from beginning to end, from the vine to the bottling: here we grow, we harvest, we make the wine, we then age and bottle it on the estate. Much of the fertile plains of Languedoc-Roussillon have been dedicated to agriculture and viniculture. One of the major wine growing regions in France, the historic area of Languedoc encompassed a far larger portion of Southern France including much of Provence and current Occitanie; Roussillon, on the other hand, is significantly smaller and just about the area of the East Pyrenees.

About one-third of all vines used in French viniculture are in this area. The climate of this somewhat dry region – with the some parts of the area receiving the least amount of rain in the entire country – as well a strong winds coming from off coast, aid the region in sustaining high levels of organic production and contribute to its standing as the leader in French organic winemaking. 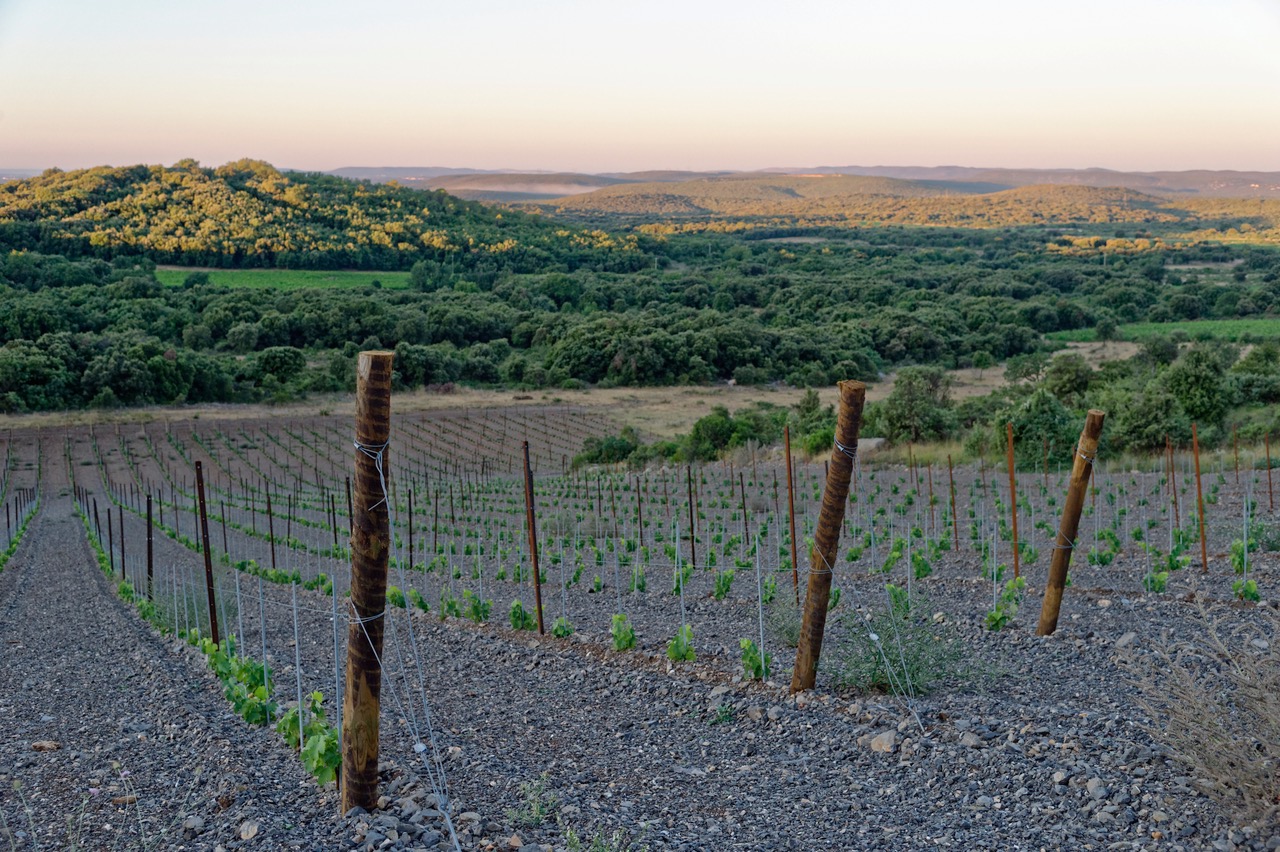